I’m not sure if I’ve ever mentioned this here but, you MIGHT not know this about me:

I was having severe digestive issues in 2009-2011 during my weight loss journey.

The culprit? I was eating things that were apparently my allergens such as wheat, walnuts, sesame seeds (I ate a lot of Kashi bars back in the day) and GMO corn (organic, Non-GMO is fine).

When I was with my children’s father, at first he was “okay” with all my allergens. But overtime, he got annoyed by them and would say it was my fault we couldn’t go anywhere to eat.

So what did I end up doing?

I ended up eating wheat again (like in pizzas donuts and sandwiches) to not feel like I was a “problem.” Granted I could have small doses of wheat and be okay, but overtime those small doses add up if it’s an everyday thing.

Plus, as I’ve grown older it has become worse on my stomach.

Since starting my new diet (I just hate that word, but you get me),” my digestive is, ehem, how you say flowing well? I also feel less foggy, but I know that is also because most things I am eating is consider on the low glycemic index.

It’s been almost three weeks in and I was trying to put my finger on why that is?

Then it hit me.

I haven’t had any wheat EXCEPT for three different occasions; on a pizza date, two mini apple cider donuts and a few Tate’s cookies.

We are talking about going from having multiple servings of wheat per day (in sandwiches, pancakes, cookies and such) to a few times over a three week period.

I couldn’t believe I was just making my body feel bad just to keep someone from criticizing me and using my health issues against me. Again, I am not sitting here trying to criticize him or say that he was horrible but I was an adult.

I should have known better.

We both know we should have ended that relationship sooner where we were BOTH compromising our happiness (or in my case my health as well) for another person JUST because we had children together.

You live and you learn. 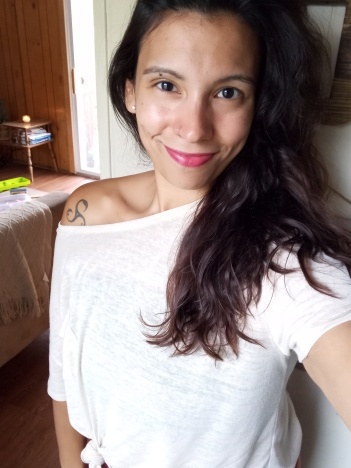 One day at a time.

One thought on “Compromising My Health.”