If you’re friends with me on Facebook, you will have seen a post about my “antepartum depression.”

“About one-fifth of pregnant women experience antepartum depression (depression during pregnancy). Depression is a common mental illness in which you feel strong negative emotions — including sadness, loss of interest, and hopelessness — that interfere with daily life for a prolonged period…”

It is true; it DOES exist. It is very taboo to have such thoughts because this should be the most joyous time. I was excited when I found out I was pregnant, but when we went in for the first ultrasound at 9 weeks (the doctor thought I was 12 weeks since I was measuring bigger), my world flipped upside down after seeing two babies.

At first I thought it was going to be okay, but as the weeks passed and my varicose veins began swelling and causing immense pain (there were days I could barely walk), I began to feel overwhelmed.

How was I going to be a mom of “three under three?” Was Samantha going to get the proper attention? Would she regress? How can I give her attention now if I can barely walk?

My husband has been so wonderful beyond words during this pregnancy. He has been supportive and has tried to comfort me day in and day out. It was tough to see him so happy for this adventure to come and I just couldn’t see it.

The happier he became, the more miserable I became. It was beginning to effect our relationship as well as my desire to keep moving through the day. I felt like a zombie, plain and simple. I was told that this was just initial shock and it would go away, but it didn’t go away and only manifested.

I do have a bit of anxiety and mild case of depression without being pregnant (fitness has my “drug” of choice for the last six years) but since I couldn’t work or workout as much, I became more alone with my thoughts and fears.

I finally told the doctor how I truly felt and I just knew that it was the right thing to do. I knew I wasn’t going to get better. I was told there were several options for me and that I could decide what I wanted to do.

I ended up going on Zoloft, but little did I know Zoloft (and other sertraline medications) alleviate nerve pain, but only if you have a mood disorder. It’s only been a week and change on the medication but I do notice less pain and swelling in my leg. Walking is a bit more bearable, which helps me get through the day with the toddler.

I’m curious to see how the next few weeks go (takes two weeks to kick in). I know there are numerous reasons that I sank into this deep depression overtime. Hopefully the medication will allow me to think clearly (and more rationally) on how to plan for our future family of five ahead. 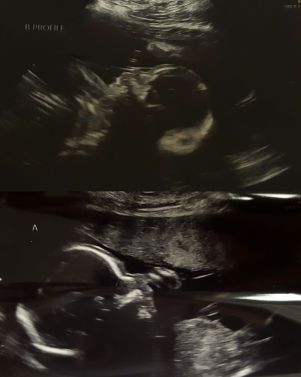